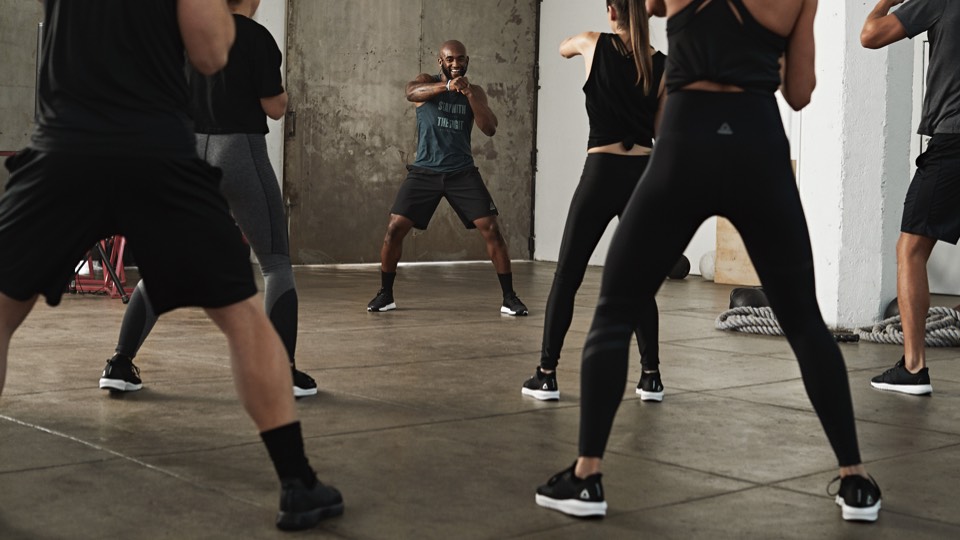 From our friends at lesmills.com.

By Will Macdonald for Fit Planet

Our intrepid workout warrior, on a mission to try every LES MILLS workout, makes his BODYCOMBAT debut and discovers his inner Bruce Lee … sort of.

It was a Sunday afternoon I thought I’d try BODYCOMBAT™. Inspired purely by the fact it was Monday the next day, I decided it was finally time to unleash my inner dragon warrior. I’d be lying if I said I was a fighter, but I’ve definitely watched enough Muhammad Ali documentaries to know what a good punch looks like. So I like to think I could handle myself. Anyway, you never know who you might run into a mixed martial arts class – so, just in case, I decided to bring my girlfriend for extra protection.

BODYCOMBAT is the complete box set of martial arts-inspired fitness. Prepare to get a taste of everything from karate, kung fu, and taekwondo to boxing, capoeira, and even a nibble of Brazilian jiu-jitsu. And all that variety means one thing – a lot of punching and kicking. In fact, so much punching and kicking that a single session of BODYCOMBAT is apparently equivalent to a gut-busting 1700 crunches. Enough to have me looking like 1989-vintage Jean-Claude Van Damme in Kickboxer in no time.

Fortunately, the feeling is fleeting. The studio is reasonably full. Reasonable people. Not a bloodthirsty cage fighter in sight – although we all know appearances can be deceptive.

We take our places and the games begin. Straight away I’m on my toes, bobbing up and down to the beat, like the natural-born fighter I always knew I was (cue Rocky soundtrack). As the moves are introduced during the warmup, I notice how much coordination I need, and how much I don’t have. Jabs, hooks, and the odd kick (very odd in my case) – all simple enough to master, though.

Then come the combos. Thick and fast. It took me back to the days of button-mashing my PlayStation controller, playing the fighting game Tekken – only this time, I’m the main character.

While my inner Raging Bull is well and truly in the china shop by this stage, I am managing the moves and sequences without injuring myself or anyone around me.

It took me back to the days of button-mashing my PlayStation controller, playing the fighting game Tekken – only this time, I’m the main character.

As I get into the swing of things, I hear Bruce Lee’s immortal words in the back of my mind: ‘Be formless. Shapeless. Like water.’ If only it were that simple. From my experience, the average human cannot simply ‘be water’ – but then again, Bruce wasn’t the average human. Some water would be nice though.

Sometimes 60 minutes can feel like an eternity. Especially during intense training. And just when I can’t lift my arms to throw another punch, I’m saved by the bell.

Expect to be put through your paces. Expect to sweat. Expect to learn something new. Expect to punch and kick. And expect your core to be on fire.

Speaking with my girlfriend after the session, we agree that the class is surprisingly challenging. Firstly, there’s the coordination – pro tip for my fellow beginners: have a look at some of the great online tutorials beforehand. It isn’t mandatory but will definitely help with the first few sessions. As with all LES MILLS workouts, music is a huge motivator. Matching your strikes to the tempo of each track keeps you in a state of flow. Once the combos start to become familiar, you’ll quickly feel the confidence to push yourself harder.

The second lesson was how tiring it is to be actively bouncing on your feet for so long. Concentrating on the moves while putting full force behind them will really make you feel the burn – mentally and physically. I was in awe of our trainer, who executed each move with agility, elegance, and exquisite control.

Ultimately, BODYCOMBAT is a fierce workout. It’s a great introduction for anyone interested in or thinking about picking up any form of martial arts. Expect to be put through your paces. Expect to sweat. Expect to learn something new. Expect to punch and kick. And expect your core to be on fire by the end of it.

For me, this was a new experience, one that pushed me outside my comfort zone. It was reassuring to know that you don’t have to be a bloodthirsty cage fighter to give it a go, and being a beginner is all part of the fun. My girlfriend is keen to go back for more. As for me, as I continue my journey to conquer LES MILLS workout by workout, I remain undefeated.

This piece originally appeared on lesmills.com.